Detroit: A Vision for the Worst-Performing School System in the World

Today is the beginning of the largest policy conference in the country, the Mackinac Policy Conference (MPC). Right now, Brian and I are on our way up to Michigan’s magnificent Mackinac Island to participate.

The MPC gets it’s name from the conference location, but the focus is primarily on the city of Detroit.

The #1 topic of concern will be education, as it has been for the past several years. The city of Detroit is flourishing in it’s rebirth! I never imagined I would see my beloved hometown return to its glory days of my mother’s childhood. There’s much more to do, but the forward momentum is nothing short of miraculous!

However, the schools have been stuck. Last year (MPC16), I was in the audience during a session focused on education. One of the panelists posed the following rhetorical questions to the crowd…

Nobody had an answer. Not even the panelists on stage.

The following is my answer… my vision and dream for Detroit schools. It’s an open letter to Dan Quisenberry and the entire city of Detroit. The leverage points for effective reform begin in the classroom, and they are more simple than you expect… 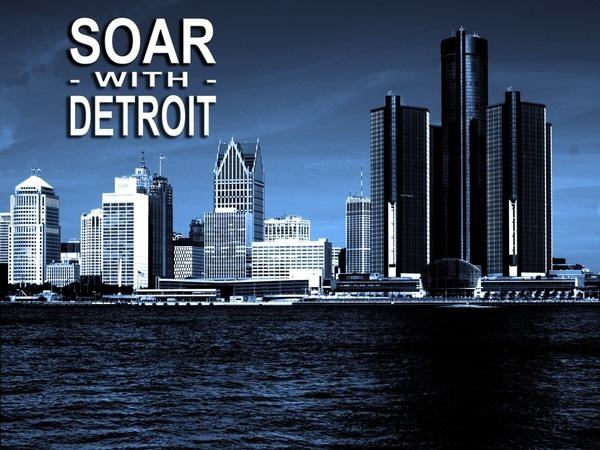 With a success rate of only 4%, students in Detroit are 96% likely to fail!

What Happens When Students Fail?

Can Detroit Really Be a Leader for Education Reform?

But, Detroit has a prime opportunity to reframe what “optimal education” can be. We can catapult beyond expectations. We can become leaders for the nation and the world.

Detroit can become a phoenix, rising from the ashes to SOAR… more beautiful and brilliant than ever!

How Can Detroit Thrive When It Can Barely Survive?

Detroit schools have the lowest proficiency rate of the industrialized world.3 Our unemployment rate is more than twice the national average.4 We are in rough shape.

If we don’t fix something –and fix it fast— employers will have only two choices:

Either way, we lose.

But, there’s a simple leverage point that will quickly launch our students and workforce to success! It’s so simple, it’s almost completely overlooked.

It’s so critical, it sits at the very top of Common Core as the “Anchor Standards.” Yet, everyone looks right past it because we’re too busy arguing about how to best teach 3rd grade math.

That leverage point is “soft skills;” the skills for knowing how to learn, organize, communicate, and solve problems.

There is a lot of focus on STEM, but STEM is useless without a solid foundation of soft skills. Students must know how to learn in school or function in the workplace before STEM training can have an impact.

Our Workforce Is Paralyzed by an Invisible Ignorance!

Without soft skills, even our “educated” youth are struggling. 60% of today’s working millennials will exit their job within the first three years.5

“Employees told us they hire for technical skills, but fire for soft skills,” explained Naheed Huq, Manager of Community and Economic Development at SEMCOG (Southeast Michigan Council of Governments).

Detroit’s skills gap exists because our workforce does not have the skills to be: life-long learners, flexible, organized, efficient, and adaptive to constant changes in technology and society. As SEMCOG says, “Soft skills provide workers with the ability to respond to new opportunities.”6

Rebuilding Detroit’s economy requires us to focus on our greatest asset; our people! We already have the grit… we simply need the skills to bring that grit alive.

Soft skills education, presented in the context of a “human-friendly” education model, is our single greatest leverage point; we can make a massive impact, quickly, and with minimal resources.

Soft skills training provides more “bang for the buck” for students, teachers, employers, and our society than anything else. These skills are the path to economic viability and success:

“There is one set of skills that every employer is looking for in every employee. Regardless of sector, industry, occupation, or level, the vast majority of employers consider soft skills to be an essential component of workplace success.”
– SEMCOG (SE Michigan Council of Governments) Lifelong Skills Framework Report6

“Work-readiness skills, also known as ‘soft skills,’ are the most influential factor in hiring decisions by local employers, even above technical skills and credentials.”
– Detroit Skills Gap Report7

“The majority of the skills and competencies –in terms of importance, frequency, and hard to find in job candidates—(are) soft skills…”
– Oakland County Workforce Development Skills Needed Assessment Report8

The Good Side of Detroit!
(It’s an Attitude, not a Geographic Location.)

Like me, you’ve endured the looks of distrust when people learn you’re from Detroit.

Two weeks after the bankruptcy announcement of 2013, I was at a conference on the east coast. Naturally, several people asked, “Where are you from?”

When I responded with, “Detroit,” every single person stepped back and looked me up and down. (Yes, they seriously eyed me from head to toe!)

“Really?” they asked, with a tone of disgust.

By the end of the day, I was feeling pretty dejected. “Tomorrow, I’m going to tell people I’m from southeast Mich…,” I thought. Then, immediately interrupted myself.

“I’m from the good side of Detroit.” No more stepping back to eye me with suspicion. Instead, people simply looked confused.

Then I added, “It’s an attitude. Not a geographic location!”

YOU know what I’m talking about! Yes, Detroit has had its share of black eyes and bruises.

But Detroit has far more grit and “blue-collar” spirit!

We are known for our resilience. We’ve always been “America’s Renaissance City.”

We are known as the nation’s #1 sports town; we are fiercely competitive! Yet, we are also known for our unparalleled sportsmanship.

And we are known for being really, really nice.

Despite being at the bottom for education, we are now in a unique position of power. Our beloved city now has the ability to break down walls and experience the glory of bringing people together. (Because, after all, we are soooo nice!)

“Can It Really Be That Simple?”

How do “soft skills” solve so many hard problems?

Easy. Soft skills are the “80/20” of education. They are the 20% of skills that account for 80% of a person’s effectiveness in education and the workplace. These skills include: organizing, prioritizing, problem-solving, communicating effectively, etc.

It’s Been Done Before!

This level of radical reform has been done before! In 1896, in the slums of Rome, Maria Montessori transformed children labeled as “idiots” and “uneducable” into top performing students.

What happened to Montessori’s revolutionary methods? They are still used successfully today, on every inhabited continent, in every socioeconomic setting.

Montessori, however, is less prevalent in the United States.

But, let’s not forget that we are performing at the bottom of all industrialized nations.

Oh, and we spend 40% more per student than our international peers!13

The principles that Dr. Montessori developed, that the world has tested, and that brain science has solidly confirmed have been proven for more than 100 years, across every cultural and socioeconomic boundary.

Montessori believed in highlighting and building upon the individual strengths of the learner. She knew this was a key foundation for motivation and engagement. She then taught strategies that fit with the natural rhythm of the learner. 100 years later, advances in brain science confirm her theories and methods align perfectly with the human brain. (And, brain biology transcends geographic, cultural, and socioeconomic boundaries… because we are all HUMAN!)

“But, Will It Work in Detroit?”

Detroit has more children living in extreme poverty than any of the nation’s 50 largest cities.14 It’s only natural to wonder if such radical changes can be made in such dire situations.

But, when education is aligned to human development, it transcends geographic, cultural, and socioeconomic boundaries. Compared to global peers, the United States has the greatest correlation between home environment and student performance.3 This suggests that the most important elements of education in the US currently come from parents, not from our education system.

Certainly, a nurturing and supportive family is optimal. But, the effectiveness of our education system does not depend on this factor. In the top-performing countries around the world, home environments have little to no correlation with student performance.3 But, if we can improve students’ success in school and the workplace today, we can improve family stability for future generations!

The Vision… the Dream for Education Reform in Detroit Schools

My answer is a resounding “YES!”

It was this question that inspired the following series, Education Reform: A Simple Blueprint for Human-Friendly Education. This series illustrates a clear vision for Detroit… and a blueprint for making it happen.