Introduction to Our Series on Education Reform

Everyone talks about the need for education reform. Data consistently confirms the United States is at the bottom of all industrialized countries.1,2 The need for reform is undeniable.

Yet, no one seems to know how to make effective reform happen. (Hint: throwing another assessment at students is not the answer.)

This problem was actually solved well over 100 years ago…

How One Woman Revolutionized Education

She soon taught children labeled as “uneducable” and “idiots” to surpass their “normal” peers on standardized tests. Those children were poverty-stricken rejects of society. But, they flourished under this woman’s care.

She went on to revolutionize education around the globe. She received three Nobel Peace Prize nominations. Her theories are still alive today, working on every inhabited continent, in every socio-economic setting. 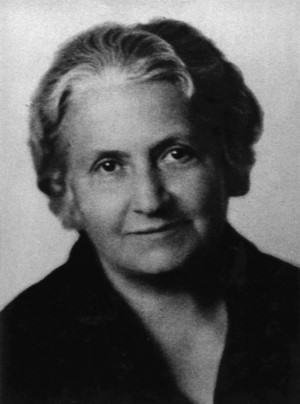 One woman transformed the neediest “special education” children into students who surpassed their “normal” peers on standardized tests.

That woman was Maria Montessori. As a physician and anthropologist, her theories transcend all cultural and economic boundaries.

Her theories and methods have stood the test of time because they were based on human development.

Herein lies the crux of the problem in the United States…

Our Education System Is Completely Ignorant of Human Development!

This article series is based on COMPLETE HUMAN EDUCATION. When educating human beings, we must be mindful of how the complete human –the physical, emotional, intellectual, and even spiritual being— develops and functions… naturally. Until we embrace human-development in education, our reform efforts will NEVER be successful!

No amount of STEM (Science, Technology, Engineering, & Math) funding, “rigorous academic standards,” or assessments will ever be enough.

Education will remain an uphill battle… until we embrace complete human education!

Part I: A Simple Framework for Achieving Complete Human Education

This series will begin by exploring the three core problems with education in the United States. As stated above, the real problem is that our instructional approach does not match human development. But, within this problem, there are three specific areas where we can focus our attention.

I will then share the critical framework for accomplishing Complete Human Education. I call it the “Success Pyramid.” This framework is lightweight and offers plenty of room for a personal touch from educators.

In the second part of this series, I will dig deeper into specific examples for implementing the framework described in Part I, including: ideal instructional models, a political model to follow, and keys to effective instruction of reading, math, and skills.

This series will conclude with a simple matrix summarizing how to construct an ideal school system. The rationale behind all recommendations in this matrix are supported in the previous articles of this series.

This series continues with the next article, Three Core Problems with Education in the United States.