How Students Can Avoid 80% of Language Errors

What “language” skills do people really need in college and the workplace?

There’s an overwhelming amount of language rules. They create tons of places for students (and even adults) to go wrong. The problem with teaching and learning language is that there is so much to cover. So, how do you teach this successfully without your students losing interest? 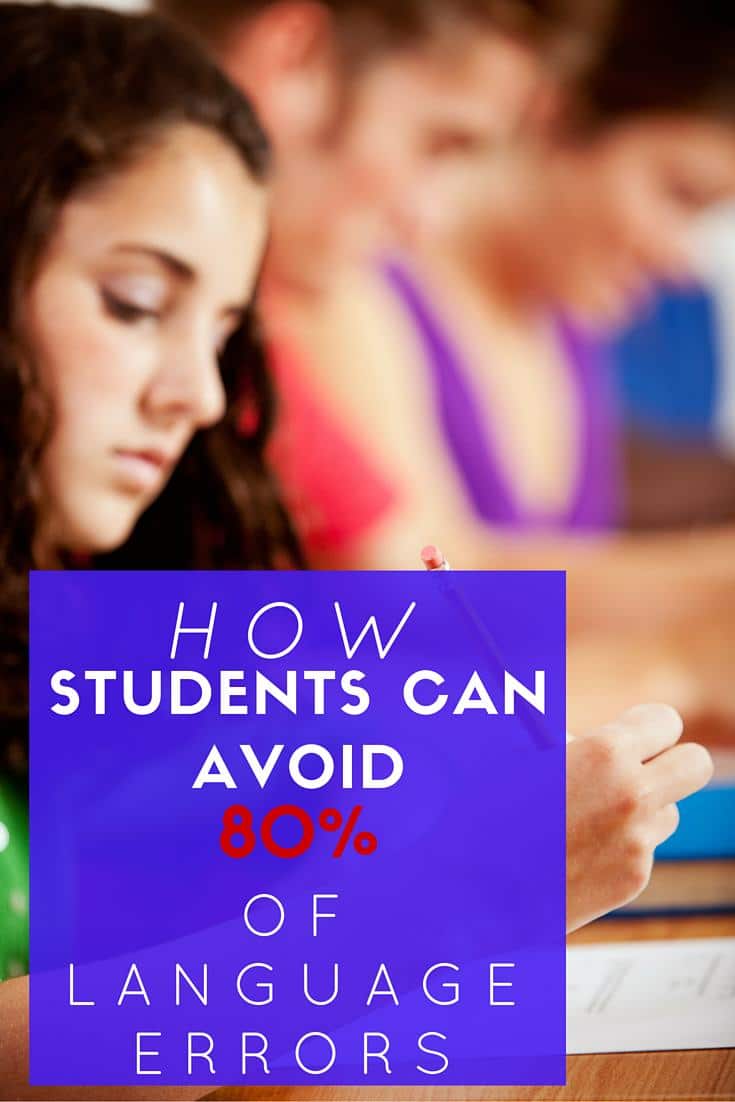 Simple. You teach the most important rules and most common errors. Teach/learn the top 20% of rules that account for 80% of mistakes! Yes, even language learning has an 80/20 leverage point.

We did all the research and work for you. See below to find out:

Find out what real people use in the real world when they encounter a language question or challenge!

Do NOT capitalize nouns:
(usually preceded by the word “my”)

2. Titles
Capitalize titles if the title appears before a name or are part of a name:

Do NOT capitalize titles that are not part of a name, or used after a name:

3. “Calendar Words”
Capitalize: days of the week, months, and holidays:

Do NOT capitalize general areas of study:

5. Geography
Capitalize regions that have a name:

Do NOT capitalize points on the compass:

6. Proper Nouns
Capitalize: the names of particular structures, special events, monuments, vehicles and so on:

Do NOT capitalize any other medical words:

The “25 Most Commonly Misspelled Words” is a list that has circulated among American businesses for decades:

2. The comma splice.  When the comma is used to separate independent clauses, there must be a conjunction connecting them.

4. The semicolon.  A semicolon should be used to separate two independent clauses (or complete sentences) that are closely related in meaning.

4. Fewer vs. Less.  Use “fewer” when discussing countable objects.  Use “less” for intangible concepts.

9. Me vs. I.  “Me” always functions as the object.  “I” is always the subject.  To decide usage, take the other person out of the sentence to see if it sounds right.

11. Into vs. In to.  “Into” indicates movement.  “In to” is used in a lot of situations because the individual words “to” and “in” are frequently used in other parts of a sentence.

Most Common Figures of Speech

A figure of speech is an expression in which the words are not used in their literal sense.

1. Metaphor – a term or phrase that suggests that one thing is something that it is literally not.

2. Simile – a phrase that likens one thing to another (usually achieved by the use of the word like or as.)

3. Personification – a phrase that is used when non-human objects are given human traits.

4. Hyperbole – an exaggeration or extravagant statement used for effect.

5. Idiom – commonly used expression whose meaning does not relate to the literal meaning of its words.

6. Euphemism – use of agreeable of inoffensive words to replace rude or offensive ones.

7. Alliteration – the repetition of an initial consonant sound.

8. Irony – the use of words to convey the opposite of their literal meaning.