Motivation & Engagement: How Working with Partners Gets Better Results

We’re continuing our series on motivation and engagement.  Today, the focus is on doing “more with less.”

We’ve talked about how paired collaboration works in our business.  It can also work great in the classroom! (See our article “Working in Pairs; the Most Powerful Productivity Tool Ever!”) 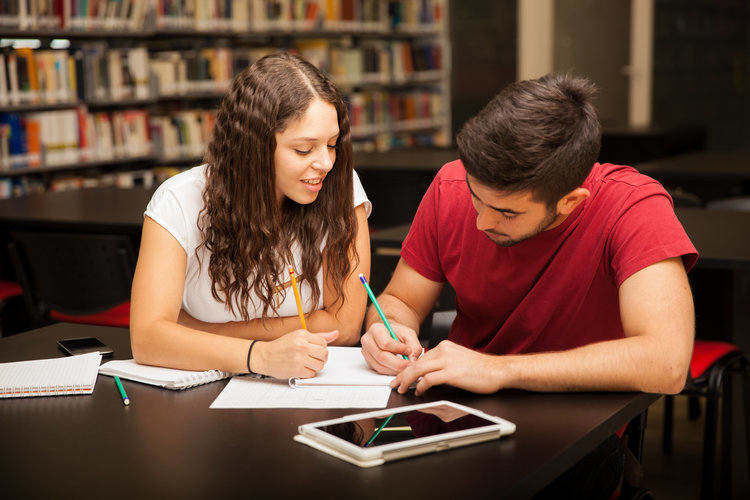 Studies confirm that working in pairs is actually more productive.

Blackwell looked at reading and literacy test scores in 19 kindergarten classrooms across three suburban elementary schools during the 2013-14 school year. Each school was at a different phase of its own district-wide programs to give each kindergarten kid an iPad in class: One elementary school already had iPads at the start of the school year, another had none, and one was using them at a ratio of about two kids to one tablet. Blackwell was thus able to look at the effects of using different iPad-to-student ratios by comparing changes in test scores across the three schools.

Using the fall test scores as a baseline, Blackwell’s analysis showed that kids in the shared-iPad classrooms gained around 27 more points on the spring test than those in classrooms with no iPads. Not only that, but kids who had to share also gained about 32 points on kids in classrooms where students had their own iPads and didn’t have to share. While those effects aren’t huge relative to overall test scores, they nonetheless point to an important and somewhat unexpected effect of tablet use on English language skills, Blackwell explains.

So why does sharing iPads have the biggest impact on test scores? Probably because it forces students to collaborate, which in turn emphasizes communication, and forces kids to share alternative viewpoints, Blackwell argues. Teachers, school districts, and policymakers would do well to take note: Given the cost of providing every student with a tablet computer, it’s probably better for everyone to share.

We’ve all heard the phrase “less is more,” and here’s an opportunity to apply it to our classrooms.  The next time you want students to work on a computer or engage in other forms of technology, try doing it in pairs.  Even if you have enough technology for each student to work independently, you might find unexpected gains by having students collaborate in pairs.

For more information on pairing in the classroom, read our article “Working in Pairs; the Most Powerful Productivity Tool Ever!”