How Students Should Set Goals

There are three steps to setting goals: deciding, believing, and focusing.

If you don’t decide to fit it in your schedule, think of the repercussions. Think of that feeling you’ve had of your wheels spinning and not going anywhere. Can you tell me five distinct things you accomplished last year? Can your students? If not, would you like to change that?

Instead of constantly reacting to everything, decide to drive the things that are going to happen this year. Decide on what you want to accomplish. Have your students decide what they want to accomplish. This is where they get to dream big and be creative. This is a way for you to connect with them on a new level.

Students won’t feel the pressure of trying to please teachers, parents, etc. with no direction. Instead, they will be deciding their own path and priorities for the year! 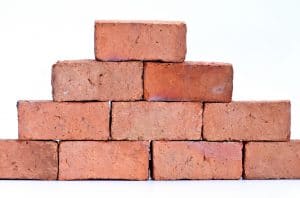 Goal setting needs to be approached one brick at a time.

Click here for to watch the full Will Smith video quoted above. Focus on the story at 4:00 minute mark.

Before anyone else believes in your goals, the first step is for you to believe in them. Your goals won’t go anywhere if you don’t genuinely connect with their importance. You have heard that from the time you were a child. It’s cheesy, but it’s the truth.

Will Smith says he believes in his goals so much, he is willing to die for them. We understand that is a bit extreme in a classroom setting, but the point is still there. It’s the principle of being so committed to it that nothing will deter you from it.

Like Will Smith says, don’t even bother having a plan B, it distracts from plan A. You built a whole wall by dreaming, now make a plan for each brick. Don’t make your goals more difficult then they need to be. Focus on something simple.

Your students can come up with a “brick-by-brick” plan too. Attacking the “wall” is intimidating. To achieve success, focus on brick-by-brick.

Teaching goal-setting can be tricky. If you would like a ready-for-you lesson on it, check out the SOAR Curriculum here.