Procrastination Stops Now: The First Steps To Getting Started

Ever wonder how to eat a large frog? (Stay tuned to learn Brian Tracy’s answer).

It’s Sunday night. You’re sitting on the couch watching Netflix and enjoying popcorn in your pjs. All of a sudden, you remember that you have a HUGE research paper due next Friday. Panic sets in. You haven’t even picked a topic yet! You sense a giant cloud coming over your head. Creeping slowly but surely. Getting closer and closer. Finally, you decide you’re so stressed out that there’s no point in starting the darn thing tonight. 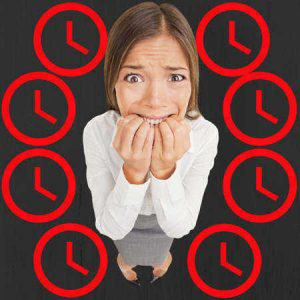 The hardest part of starting a project is…starting the actual project.

Have you felt this way before? Been in an overwhelming situation of frustration and panic? I have too. Brian Tracy has shared a story about crossing a great dessert and how it relates to overcoming procrastination.

Many years ago, driving an old Land Rover, I crossed the heart of the Sahara Desert, the Tanezrouft, deep in modern-day Algeria.  By that time, the desert had been abandoned by the French for years, and the original refueling stations were empty and shuttered.

The desert was 500 miles across in a single stretch, without water, food, a blade of grass, or even a fly. It was totally flat, like a broad, yellow sand parking lot that stretched the horizon in all directions.

More than 1,300 people had perished in the crossing of that stretch of the Sahara in previous years. Often, drifting sands had obliterated the track across the desert, and the travelers had gotten lost in the night, never to be found again alive.

To counter this lack of features in the terrain, the French had marked the track with black, fifty-five-gallon oil drums every five kilometers, which was exactly the distance to the horizon, formed by the curvature of the earth.

Because of this, in the daytime, we could see two oil barrels—the one we had just passed and the one five kilometers ahead of it. And that was all we needed to stay on course.

All we had to do was to steer for the next oil barrel. As a result, we were able to cross the biggest desert in the world by simply taking it “one oil barrel at a time.”1

Just like in Brian’s story, procrastination can be beat. Just take one simple step at a time. This tactic has worked for me in college.

Here’s an example of how I avoid procrastination.

If I were writing a research paper, the first step would be to just get to the library. Or, a quiet place where I can get my work done. Then I’d make a list of all the tasks that I need to accomplish so that I have a visual to follow. For example, a great first goal would be to research five articles to reference in my paper.

As I complete each task, I would cross it off to keep track of my progress. There is major satisfaction with the act of checking something off a list. This can be used as motivation to finish more tasks and push through procrastination.

Then, it’s time to write for 30 minutes. This writing should be done with no distractions and no interruptions (that means you need to turn off your cell phone people)!!!

After accomplishing these things, I would take an hour break. Refueling with some healthy snacks to keep my brain in high gear. Then I would push myself to write for another 45 minutes and break for the day.

Each day, I would set aside an hour block of time to write. After 3-4 days, the whole paper will be written! By focusing on one task at a time, it’s done with less stress!

The hardest part of starting a project is… starting the actual project! Once the first task is complete, the rest of the work doesn’t seem so scary, I promise!

I bet you’re still wondering about my initial question of how to eat a big frog. Brian Tracy explains in his book, Eat That Frog!: 21 Great Ways to Stop Procrastinating and Get More Done in Less Time

It’s that easy! The best advice that I can give is to take a deep breath and take it one step at a time (or one bite at a time if your task is eating a large frog). Following this example and having a plan to complete an assignment eliminates stress, reduces anxiety and increases motivation.

If you want to learn more about how to be motivated and organized, sign up for our free Six Steps to Conquer the Chaos, here.

1Eat That Frog!: 21 Great Ways to Stop Procrastinating and Get More Done in Less Time by Brian Tracy